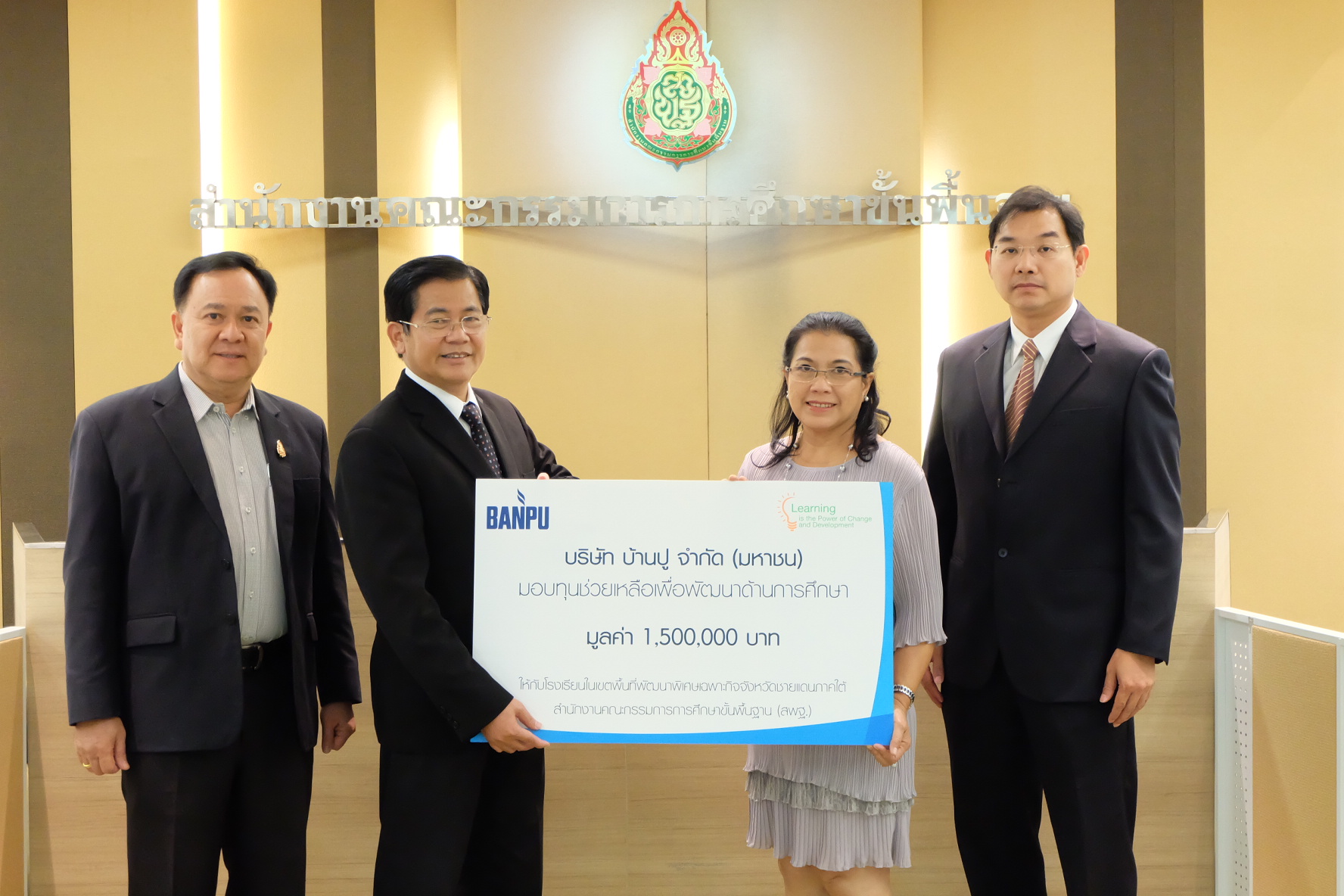 Since 2007, Banpu Public Company Limited has continuously granted funds supporting schools in special development zone of southern border provinces to develop and restore schools in the areas of unrest as well as to allow these schools to continue their teaching and learning activities as usual. This ongoing contribution is driven by Banpu’s belief that learning is the power of change and development. Currently, the Company has provided the financial aid to 111 schools in the province of Narathiwat, Pattani, Yala, Songkla and Satun.