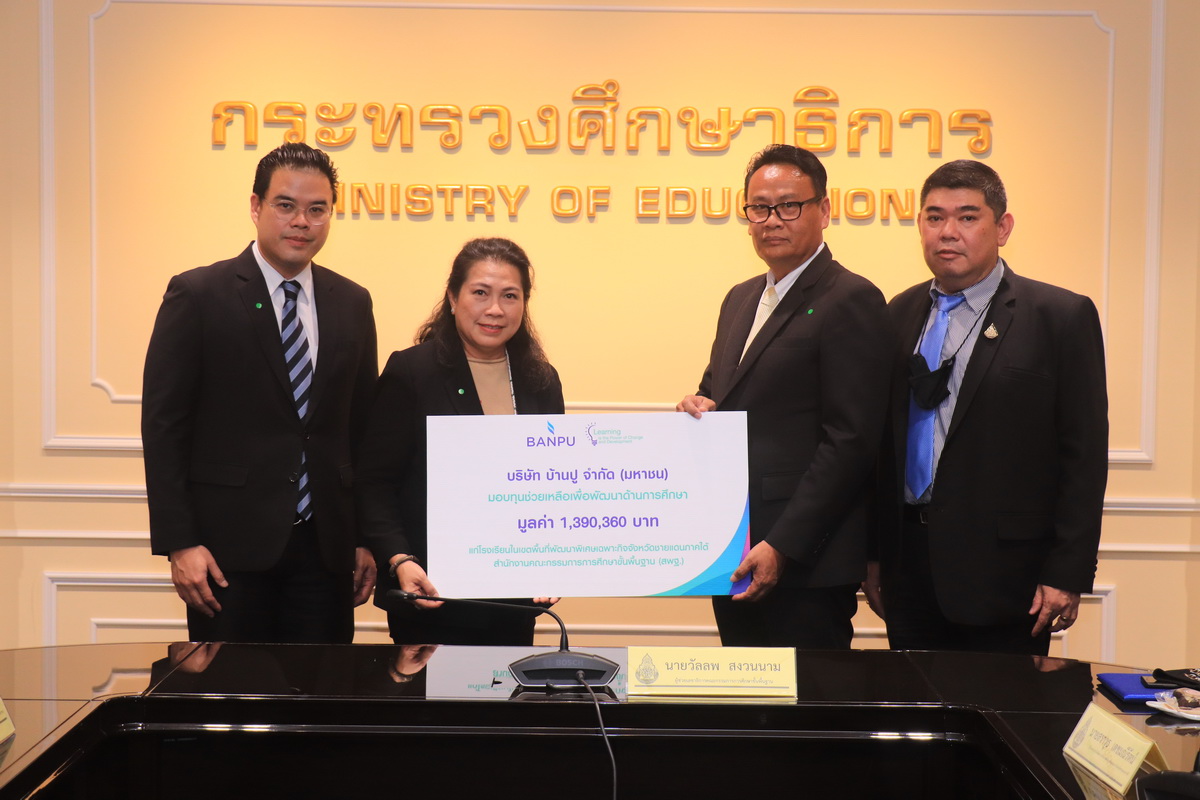 Banpu Public Company Limited, an international versatile energy provider, led by Mrs. Udomlux Olarn, Head of Corporate Communications (second from the left), Mr. Rattapon Sukhunthee, Vice President of Corporate Communications (first from the left), presented THB 1,390,360 fund to the directors and representatives of 16 schools in the special development zone in Southern border provinces including Narathiwat, Pattani, Yala, and Songkhla. The presentation was witnessed by Mr. Wallop Sanguannam, Deputy Secretary-General of Office of the Basic Education Commission (OBEC) (second from the right) and Mr. Sarawut Dechmaneerat, Director of Office of the Basic Education Commission (OBEC), at the OBEC Headquarters, Ministry of Education in Bangkok.

With the belief that “learning is the power of change and development,” Banpu has always put an emphasis on education development through the financial aids to support the schools in the affected vicinity for 14 consecutive years with the aim of restoring and developing the schools as well as providing essential supplies to continuously improve education quality. Although the Covid-19 outbreak has impacted the economy during the past year, Banpu continues support schools in the special development zone in Southern border provinces and selected 16 schools to receive a total grant of THB 1,390,360 as moral support to the teachers and students in the area. To date, Banpu has provided financial support to 145 schools in five provinces namely Narathiwat, Pattani, Yala, Songkhla and Satun.