BTTC sent eight junior players, including four U-15 players and four U-13 players, to compete against young, international star athletes in this tournament. Thyme Sanglertsilpachai and Nawin Mekamporn, in particular, beat opponents from more than 10 countries, reaching the Main Draw and defeating the Singapore Team. BTTC has been mandated by Banpu Public Company Limited as part of its Corporate Social Responsibility Mission to support the BTTC’s junior players in joining both national and international tournaments. The sports endeavor reflects Banpu’s commitment, grounded on the firm belief “Learning is the Power of Change and Development”, to enhance youth potential through continuous learning.

Upon joining this tournament, BTTC not only expected to raise its players’ athletic skills to international standards, but also provide the opportunity to all players, especially the junior players (the U-13 category), to develop their emotional, social and mental skills. With this opportunity, they could learn about practices in an international tournament, appropriate manners to opponents and referees, and building good relationship with athletes from other countries. Beside athletic skills, what BTTC focuses on while developing junior athletes is, in no lesser degree, stress management during competition. Even if the players lose a competition, they will grow mentally stronger and later become good athletes.

Banpu Table Tennis Club has stepped into its 10th year of continued commitment to social betterment by grooming young people to be both capable athletes and ethical and high-quality human capital. This mission is aligned with Banpu’s development concept that aims at creating ethical and smart people as a driving force of sustainable social and national development. 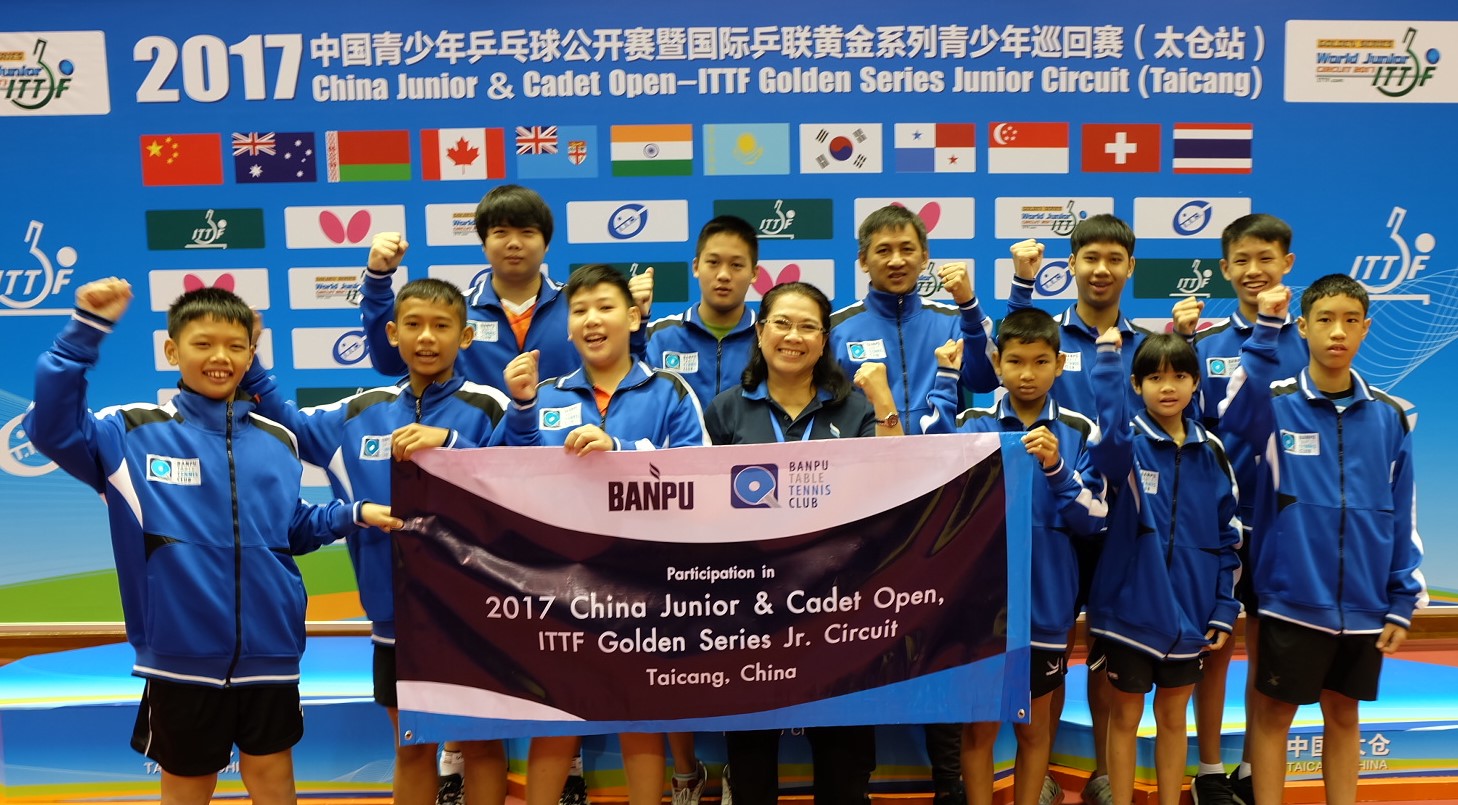 About Banpu Table Tennis Club (BTTC)
Banpu Table tennis club (BTTC) was established early in 2008. It serves the dual purpose of promoting young Thai talent in table tennis, as well as creating the CSR linkage between Banpu’s headquarters in Bangkok and its Chinese subsidiary – ‘Banpu Investment (China) Ltd.’(BIC). BIC has provided continuous support for table tennis in China and has now established a BTTC in China together with the Zhengding National Table Tennis Training Center (ZNTTTC). The move is aimed at using resources available in China for the benefit of Thai BTTC players through table tennis training and technique transfer.