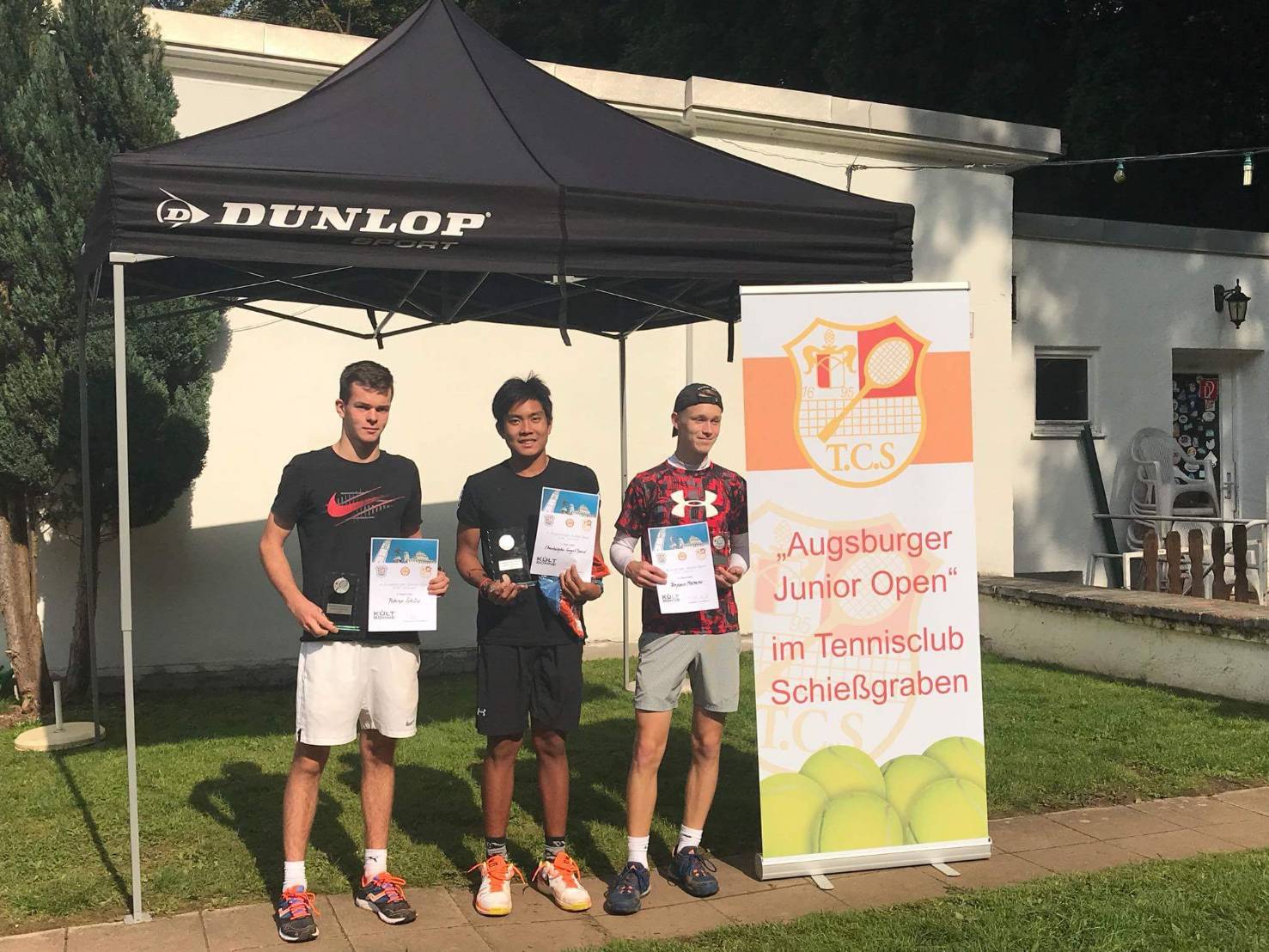 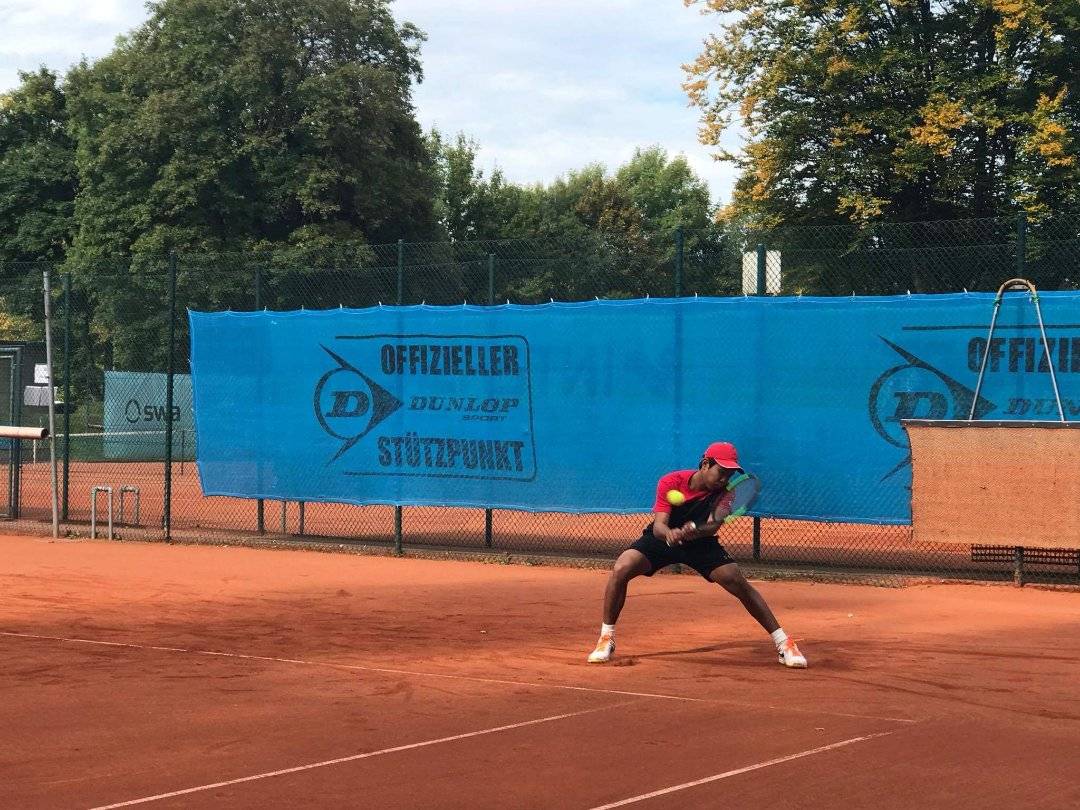 Do you remember what you were doing when you were 14? Some might have been seeking their dream areas of study while others might have been spending good time with friends. However, for Songrit Chanbubpha or Chill, life at the age of 14 is somewhat different. Recently, Chill has become one of national junior tennis players in the U14 category and has been training to qualify for the U16 category. He has won many tournaments, including Singha Grand Slam Experience and the 6th Air Asia’s Fly to Dream 2017. His latest trophy is from Augsburger Junior Open 2017in the U16 group, in Germany. This is a crucial step for Chill in grooming himself internationally and gaining more experience. Joining the tennis camp in Ulm, Germany has provided him the opportunity to meet junior players from various countries and to exchange athletic skills and knowledge beyond the classroom.

Chill’s trip to join the German tennis camp was sponsored by Banpu Public Company Limited, who has always upheld the philosophy, “Learning” is a root of development for “human capital” – the driving force of community and social sustainable development. Banpu has financially supported Chill for training and travel expenses to compete in a number of tournaments since 2015. This year, Banpu sponsored Chill a trip abroad to expand his horizons and enhance athletic skills, which is quite an exceptional experience for young people at his age. For this reason, Chill is eager to share what he had learned with others to inspire young people to pursue their dreams, their careers and to never stop learning.

Adapting in the Wider World
The tough part of his trip in Germany was adapting himself to the new environment. In fact, this was his first travels abroad alone so it was hard in the beginning. Besides, he is quite a picky eater, and it affected his trainings since he needed much more calories. Then he decided that he really should fix it as he was in Germany. He began to adapt himself and got used to more kinds of food and regained his strength for the training. This is such a valuable lesson learned he can apply to other situations. If he hadn’t stepped out of his comfort zone, he wouldn’t have gained this much experience. This trip to Germany pushed him out of his comfort zone and embark on learning journey.

His Dad is the Wind Beneath the Wings
Apart from Banpu’s support, Mr. Arak Chanbubpha, his father, is the true inspiration and the one who led him into the athletic world. At first his father just wanted to divert Chill from being addicted to games to other activities, and he thought sports were a way out. Chill began playing tennis when he was seven years old, starting from collecting tennis balls at the courts to knocking balls. Then, Chill felt fun and enjoyed playing it. It became more exciting when he competed, and he is keen on it since then. As his determination to be a tennis player showed, his father decided to become his coach. From the very beginning, he has always been Chill’s coach, inspirator and supporter. 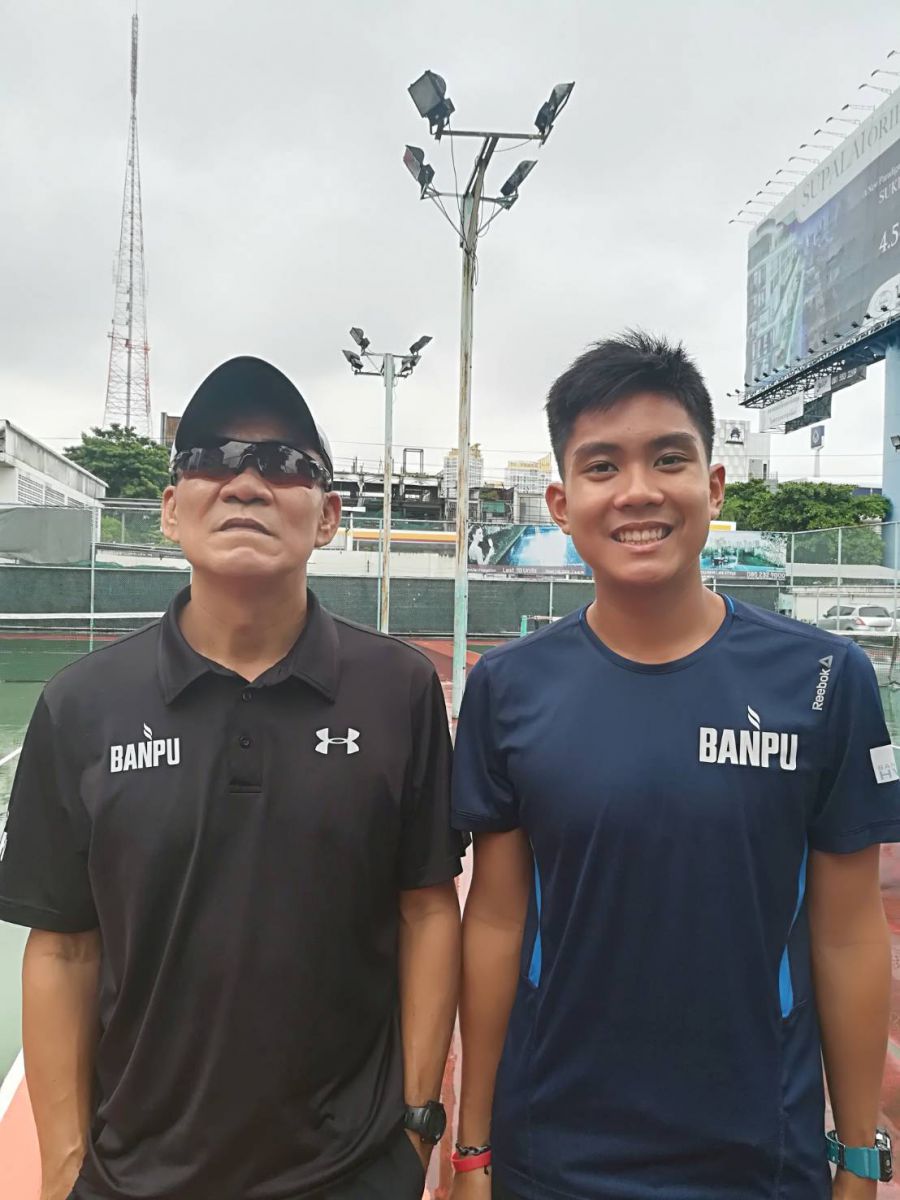 Chill, Songrit Chanbubpha and Arak Chanbubpha, father and supporter of Chill’s success as a tennis player

A Unique Training Enhancing Effective Skills
Another lesson he learned in Germany was the unique training approach. In Thailand, the training focuses on the technical side. On the contrary, German coaches are highly disciplined, and they focus more on cultivating the sense of duty. This made him start thinking that winning starts with oneself. The harder he works, the more chances of practice he gets. Besides knowing yourself, the other emphasis is physical fitness training. German training approach stresses physical strength, making athletes stay physically fit throughout the tournament. Basically, it is the physical fitness that matters. Technical skills from the training in Thailand and physical strength gained in Germany enhance better performance. Embracing new approaches and learning how to apply them can lead him to more achievements.

Winning and Losing = Lesson Learned
Winning or losing is part of the game. In some matches you perform really well while in others you perform so poorly that you end up losing and feeling despair. This might mostly result from the lack of concentration and focus as well as inadequate training. But you should not let yourself stay discouraged for too long; you’d better learn from mistakes and avoid repeating them in the future. These days, Chill avoid pushing himself too hard but try his best in every match. This helps him come to terms with match results, no matter win or lose. All of them motivates him to improve himself, not only in sports, but also in all diverse situations, study or life.

Apart from training, Chill also got a chance to compete in many local events, allowing him to gain more experience and improve his skills to better perform in future matches.

Mrs. Udomlux Olarn, Head of Corporate Affairs, Banpu Public Company Limited said, “Banpu has been supporting junior athletes on perfecting their skills in the home country and competing and training abroad since we firmly believe “Learning is the power of change and development” Therefore, we are determined to expose our sponsored athletes to as much learning opportunity as possible so that they can apply the experience to self-development in the future.”

“Banpu’s support for Chill’s German training trip is one of our determinations to  help broaden his horizons by exposing him to new experience he wouldn’t find at home. Besides financial support, Banpu also provides advice, encouragement and inspiration to young athletes so that they are ready to gain as much knowledge and experience as possible to reach their full potential and achieve their dreams,” Udomlux concluded.

“Learning is the Power of Change and Development”
Based on our firm belief that “learning” powers constructive change and sustainable development of “people” and “society”, Banpu’s CSR activities emphasize on the promotion and development of continued “learning” among young people and communities in various forms. Banpu supports sustainable development of communities and society through a number of learning opportunities, for both individuals and teams, ranging from learning through daily real-life experiences, and learning in-and-outside of the classrooms, to hands-on practices which enhance capabilities and skills.