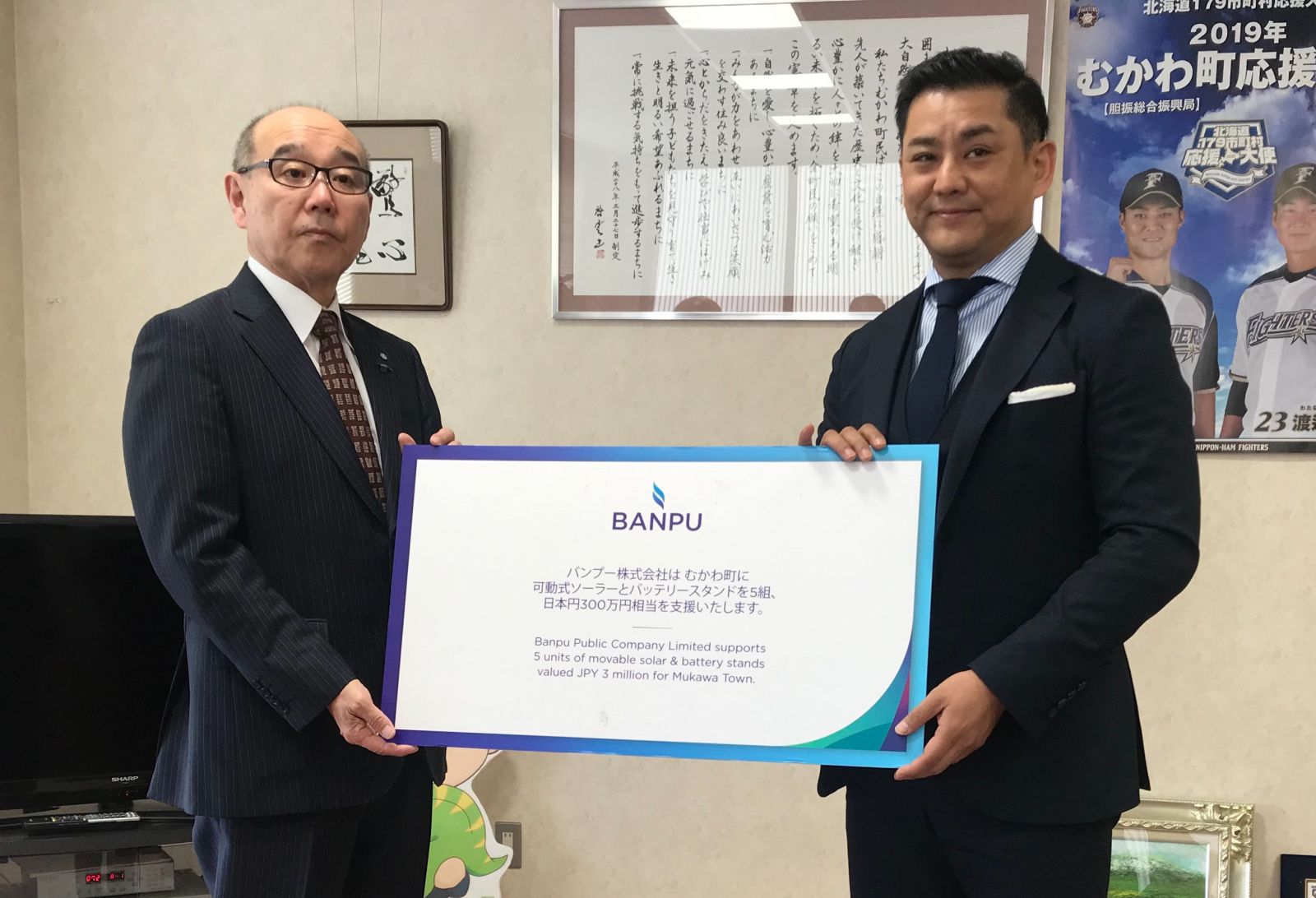 Banpu operates the solar power plant in Mukawa through investment in Banpu Power Public Company Limited. In September 2018, an earthquake hit Hokkaido and caused an island-wide blackout. The residents of Mukawa were also affected by the outage. Realizing the impact of such incident and the importance of an access to the power supply on a daily basis, Banpu donated “Portable Solar Power Generators” to generate and store electricity for the residents of Mukawa, which will help provide reliable power from a renewable energy source both during normal times and times of disaster. This support is aligned with Banpu’s Social Responsibility Policy aiming to create benefits for society and community through delivery of sustainable energy and also demonstrates that Banpu is a good corporate citizen in all countries where the Company operates.