“BANPU B-Sports Thailand 2019”, a massive board game competition in Thailand! The 2nd national board game championship announces the winners. 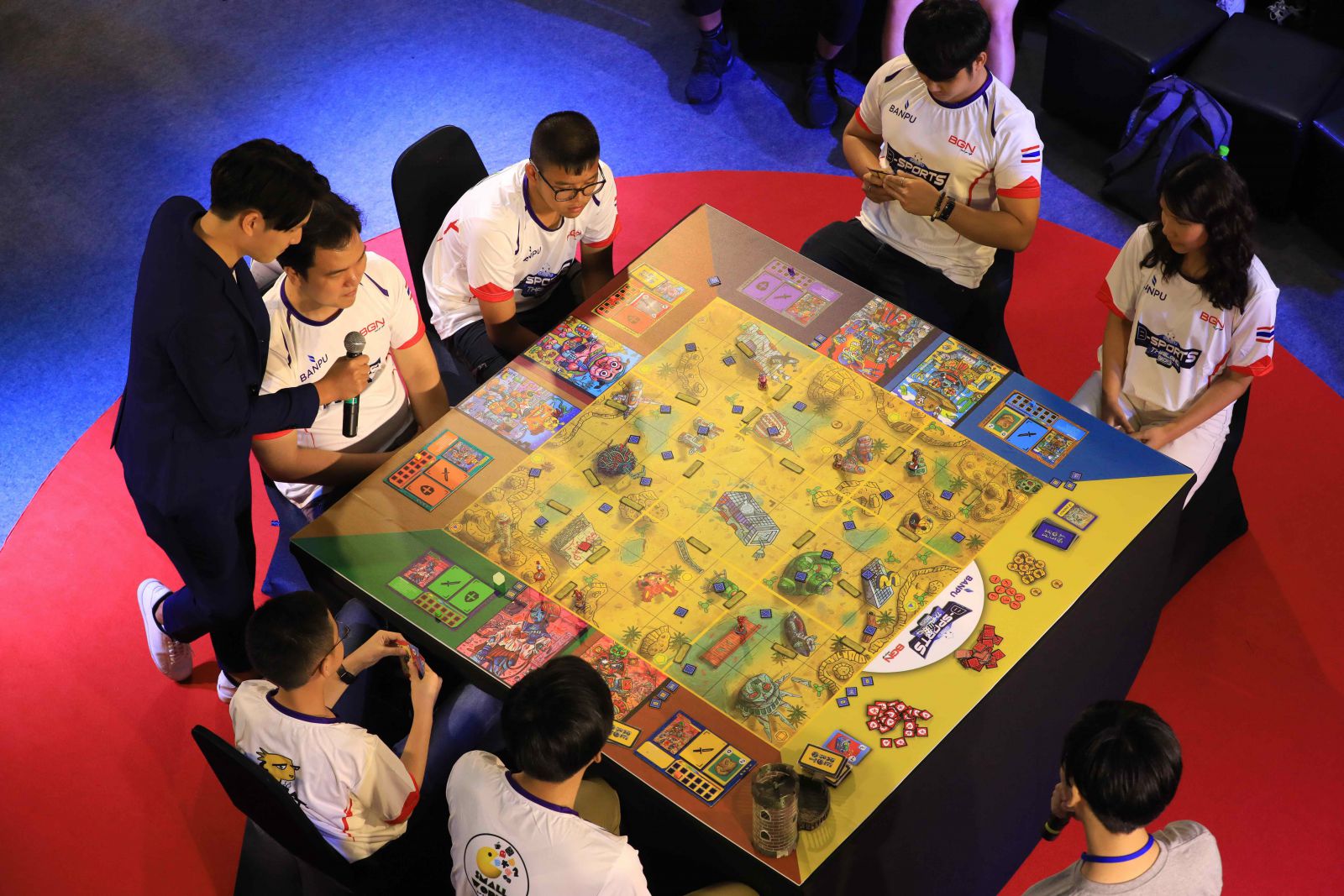 Banpu Public Company Limited, a leading integrated energy solutions company in Asia-Pacific once again joined with Board Game Night or BGN, a cast board game program attracting the biggest audience in Thailand, in organizing the national board game competition “BANPU B-Sports Thailand 2019” for the 2nd consecutive year. This year the competition was open to interested candidates to compete in the qualification rounds held at board game cafés across 6 regions. It was divided into 2 categories, with the youth category using Super Power 8 and the general public category playing REBOOT, both designed and developed by Thais from the project. The winners from the qualification rounds advanced to the final round and the new champion was finally revealed. The winner of Thailand’s first-ever board game reality show was also announced at the BANPU B-Sports Thailand 2019 event, which was recently held at Siam Square One.

Apart from the national board game’s final round, BANPU B-Sports Thailand 2019 was packed with activities showcasing the interesting aspects of board games while also delivering entertainment, knowledge and inspiration to the new generations. The activities included the Board Game Show, which invited participants to play fun games on the stage; Board Game Ma’Halai, an inspiring talk session led by university student teams from BOARDGAME101, the first board game design contest reality show in Thailand; Boardie Talkie, a talk and share session with ‘Zommarie,’ the lifestyle influencer who represents the face of new generations and has more than 2 million followers on her Youtube channel; and Fantastic Bid, a board game that invited bids for charity. The total money raised in the bidding came more than THB 60,000 and will be used to support learning activities for children in the Southern schools of Thailand. Another highlighted activity was the Board Game Team Battle played by influencers from various professional fields including Morlabpanda, Benz Apache, CM Café, Gozziira, Buffet Channel, Rubsarb Production, and Board Game Night, with the buddy ‘George and Job’ from Rubsarb Production coming out top. The night wrapped with the award presentation to the winner of Super Power 8 and REBOOT, and ETC – the student team from Mahasarakham University who received the highest popular votes, and was declared the winner of BOARDGAME101 for their newly designed board game Ice Scream! 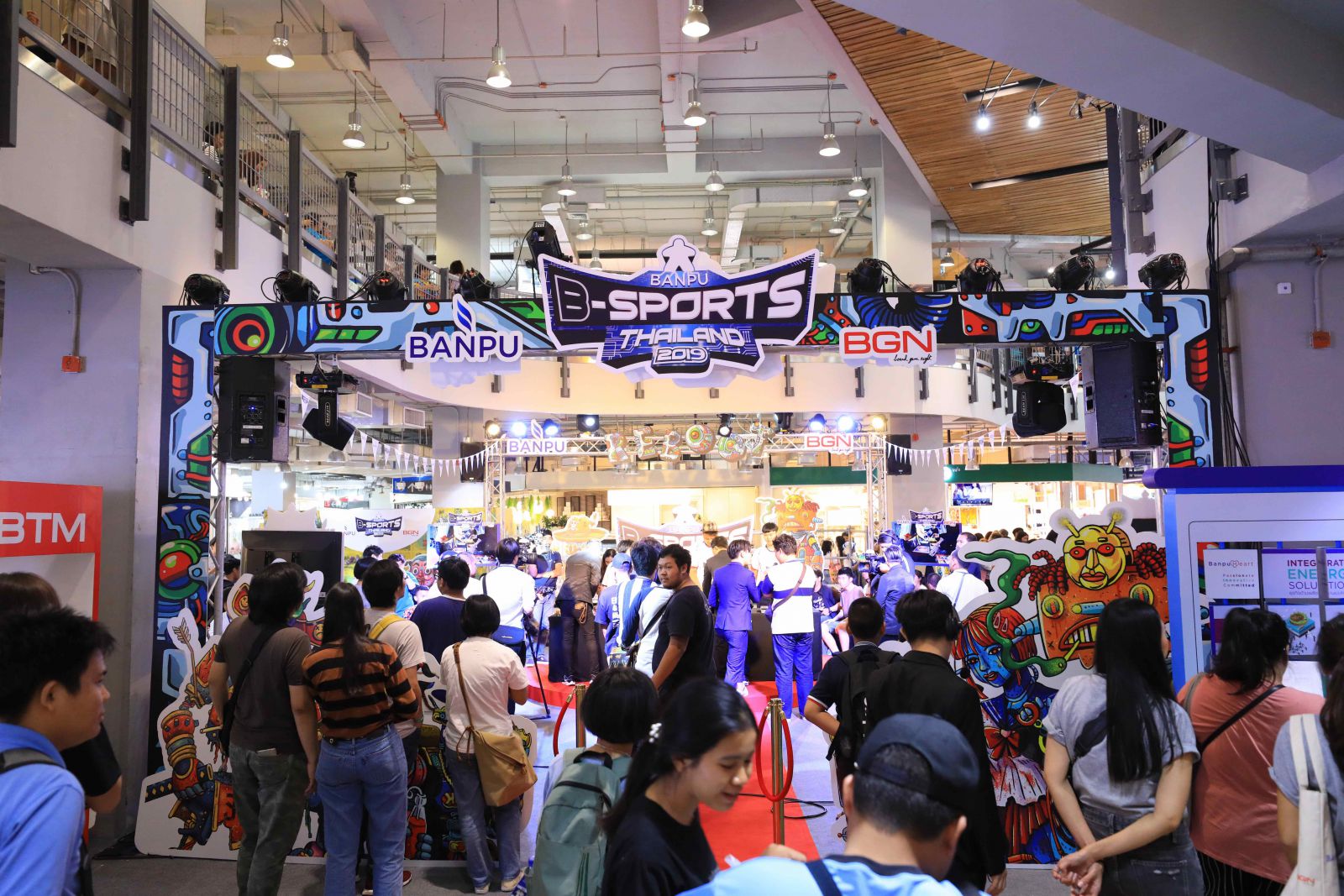 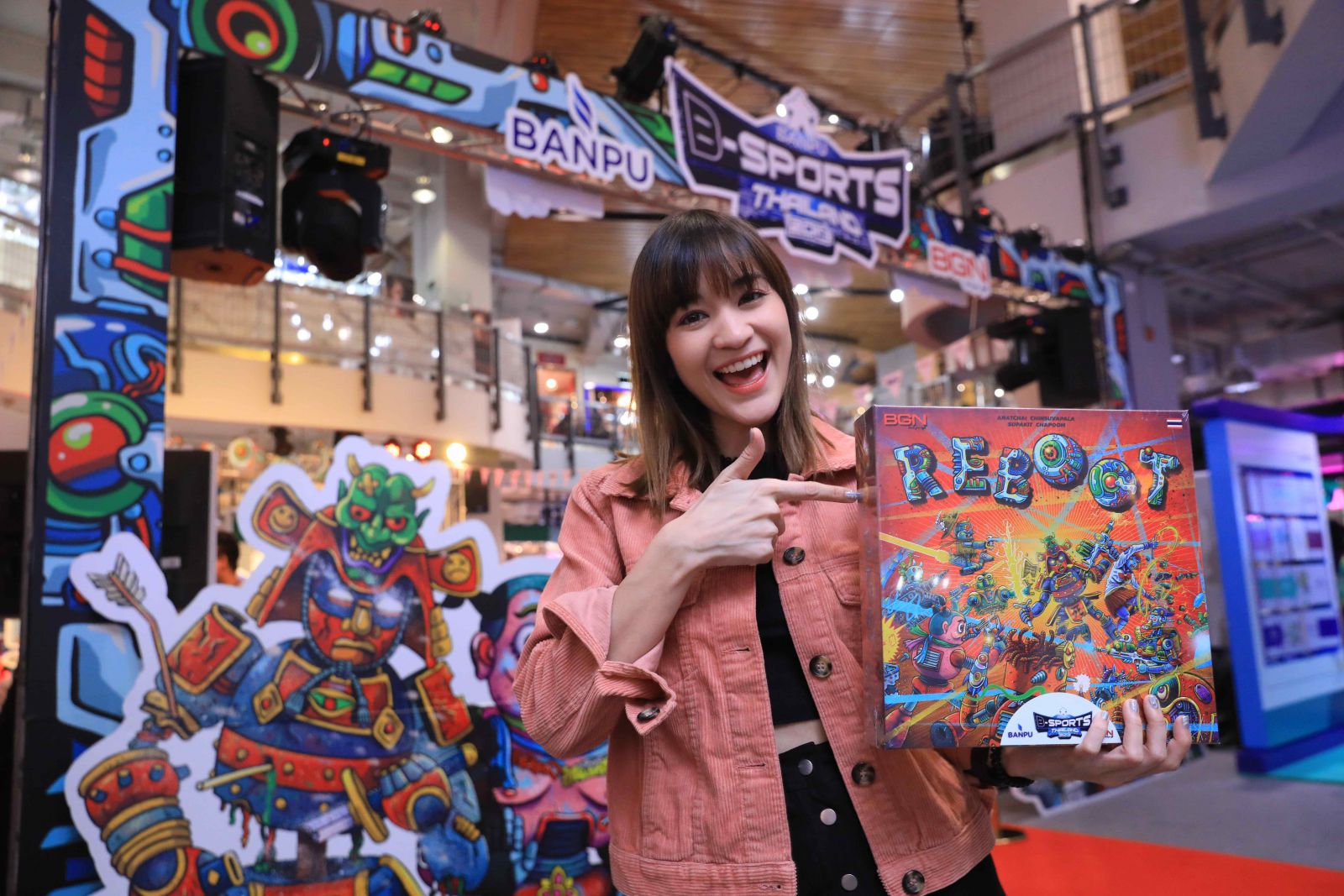 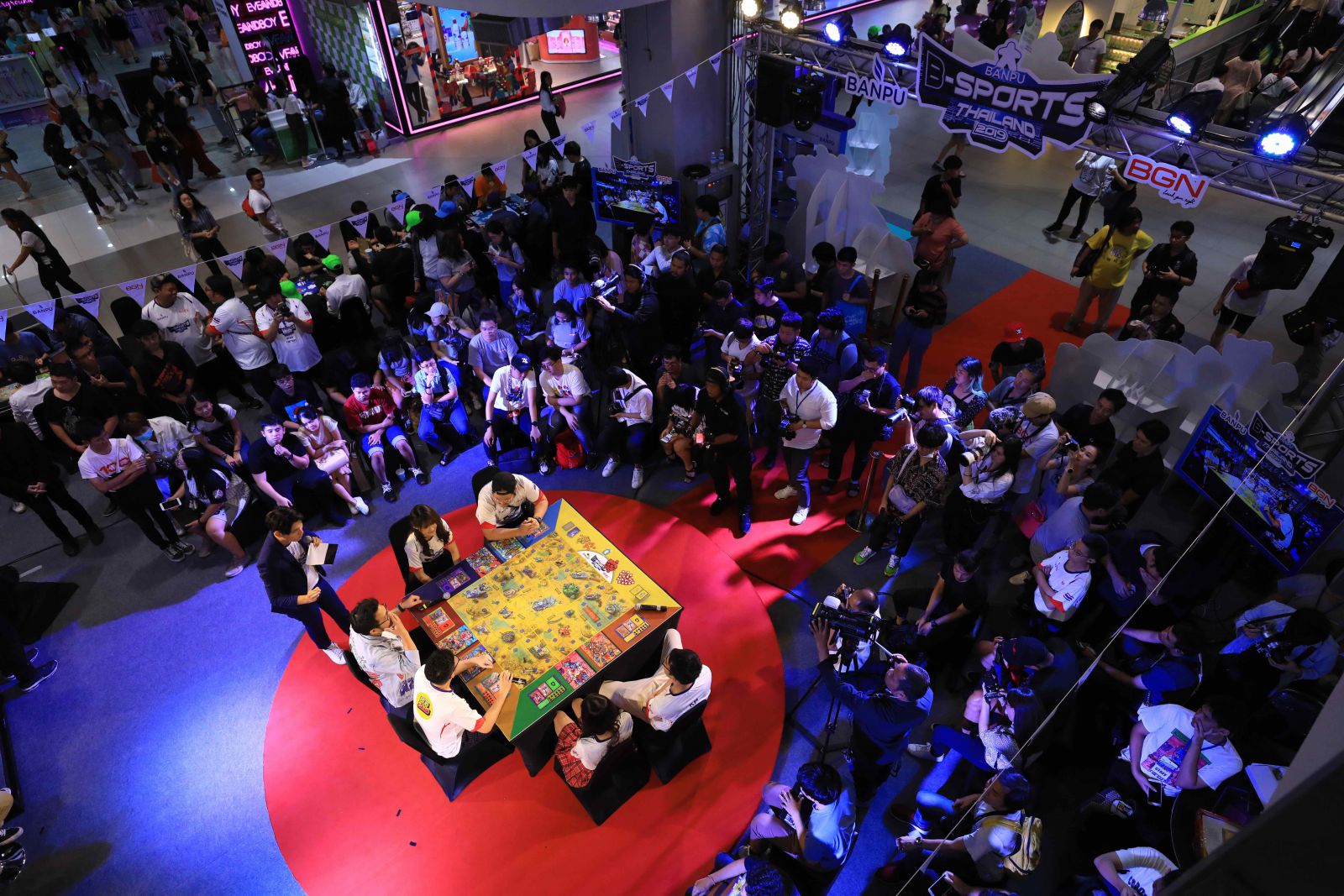 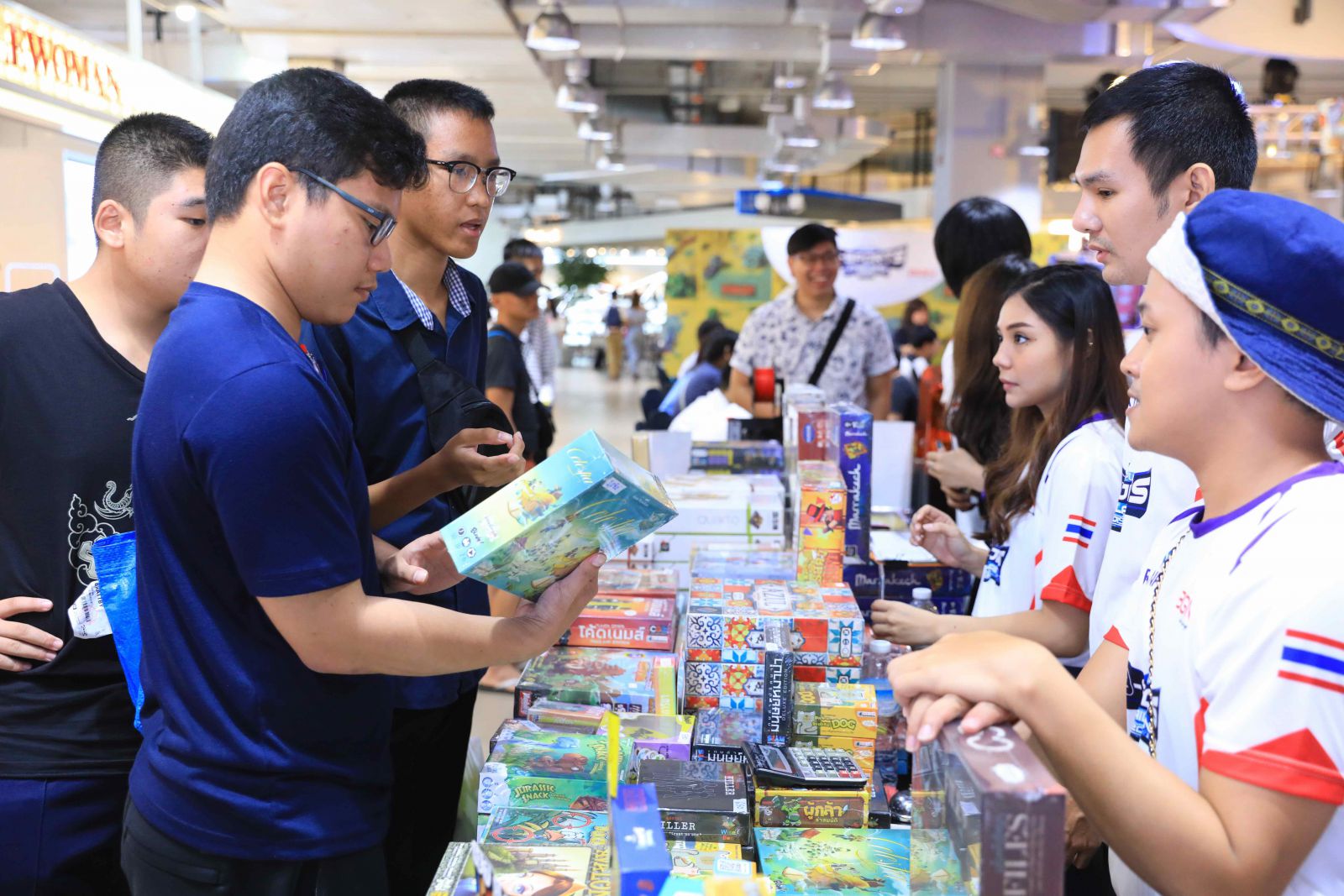 The atmosphere at the ‘BANPU B-Sports Thailand 2019’ event

Mrs. Udomlux Olarn, Head of Corporate Communications, Banpu Public Company Limited, said: “BANPU B-Sports Thailand is the new project of Banpu and is now in its 2nd year. We strive to encourage new generations to play board games in order to develop their soft skills and adapt these skills to their study and working life. This year, we expanded the board game competition to a larger area and divided the category into the general public and the youth. This opened it up to people interested in and passionate about playing board games and gave them a chance to participate in this national competition. Because Banpu believes that board games are not only fun, but also a useful tool in helping players develop their skills across various dimensions, we are continuously developing creative board game activities under the BANPU B-Sports Thailand project with the ultimate aim of making board games better recognized in Thai society.” 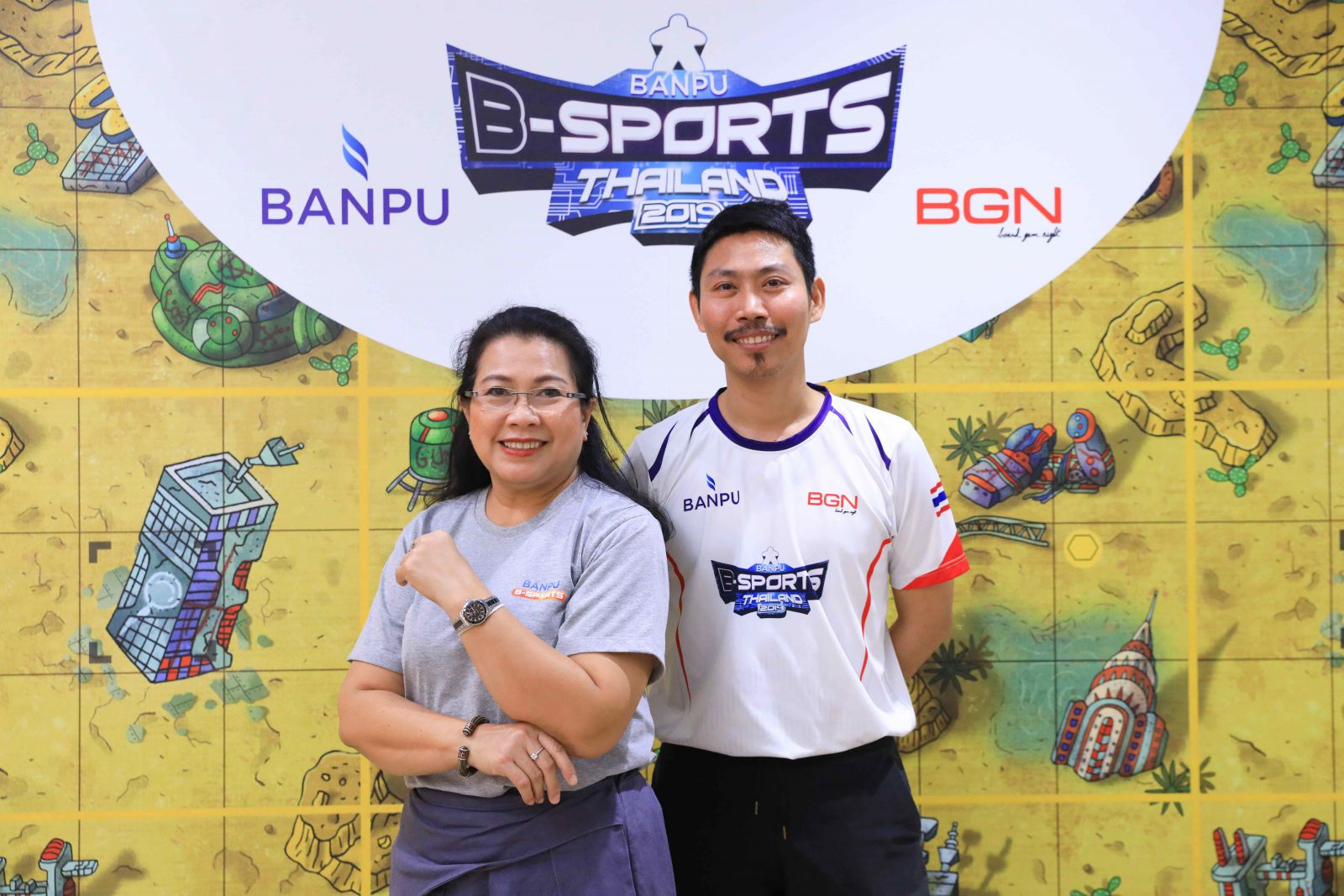 Mr. Watthanachai Treedecha, Founder of Board Game Night, added: “The Board Game Night team is still committed to spreading the board game culture to a wider group of Thais. As someone who is closely associated with the board game industry, I have seen a great leap in the development, the number of board game cafés and board game competitions continues to increase and is spreading throughout the countrywide. We hope that the board game will play a more important role in Thai society and thank Banpu for giving more impact to the project in its second year. This year we have launched “REBOOT,” an action – survivor board game, the latest outcome from the project. The characters are created in a colorful street-style drawing with the concept ‘a robot who survives doomsday.’ REBOOT was used for this year’s competition in the general public category. The champions of this second national board game competition will receive a total of 60,000 THB in prize money.”

Chanawee Chingchayanurak or N’Elm aged 11 from Chiang Mai province, who is the champion of the BANPU B-Sports Thailand 2019 in both youth and general public categories, said: “I started playing board game since I was 4 years old but this was the first time I had participated in a real competition. I am very excited and happy that I could win the competition in both categories, although the competitors were talented and accomplished, the main tactics I used in these matches were observation and analysis. I consistently watched and analyzed other players’ moves so that I could adapt my strategy to fit with the game situations. I would like everyone to open your minds and try playing board games because each game is unique, fun, and interesting in its own way.” 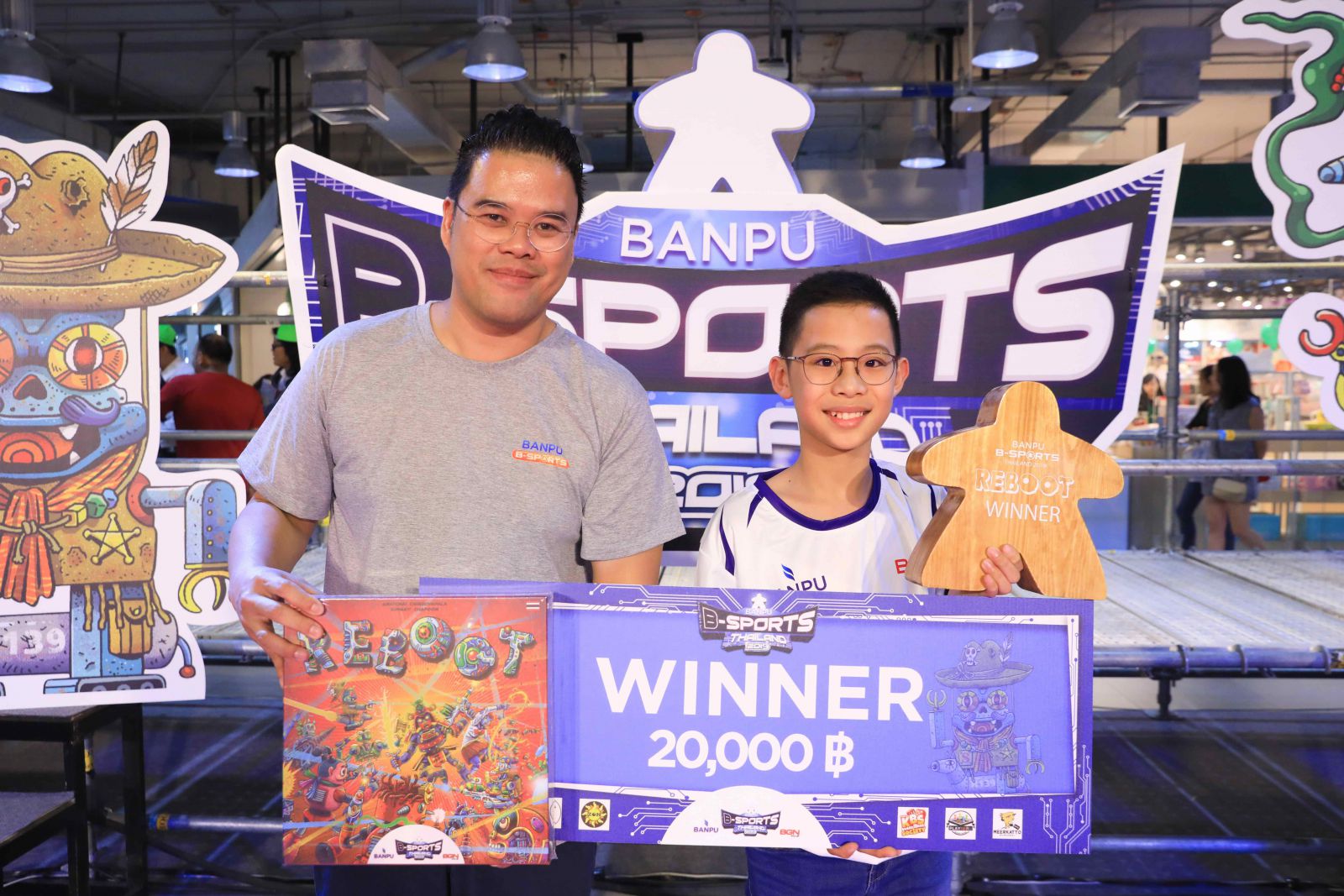 Chanawee Chingchayanurak or N’Elm from Chiang Mai province, who was crowned champion in both the youth and general public categories.

Kittipoj Naewthavorn, a representative from ETC, the student team from Mahasarakham University who received the highest number of popular votes and was declared the winner of BOARDGAME101 said: “Our board game concept was inspired by the impact of global warming that is causing the ice at the poles to melt. This results in animals there fighting each other to take control of the largest areas of icy territory. The mechanics of the game are designed on the ‘funny and simplicity’ strategy, making the game enjoyable, puzzling, and complicated, but with rules that are not too difficult to understand. We would like to thank our supervisors for all the advice, our friends for helping us test the game as well as the project’s staff who have supported us all along the way. Most importantly, we would like to thank our ETC team for being patience and determination! We have used those virtues to improve our game, conquer the obstacles, and become the winner finally!” ETC’s newly designed board game Ice Scream! will be developed and used in next year’s national board game competition – BANPU B-Sports Thailand 2020. 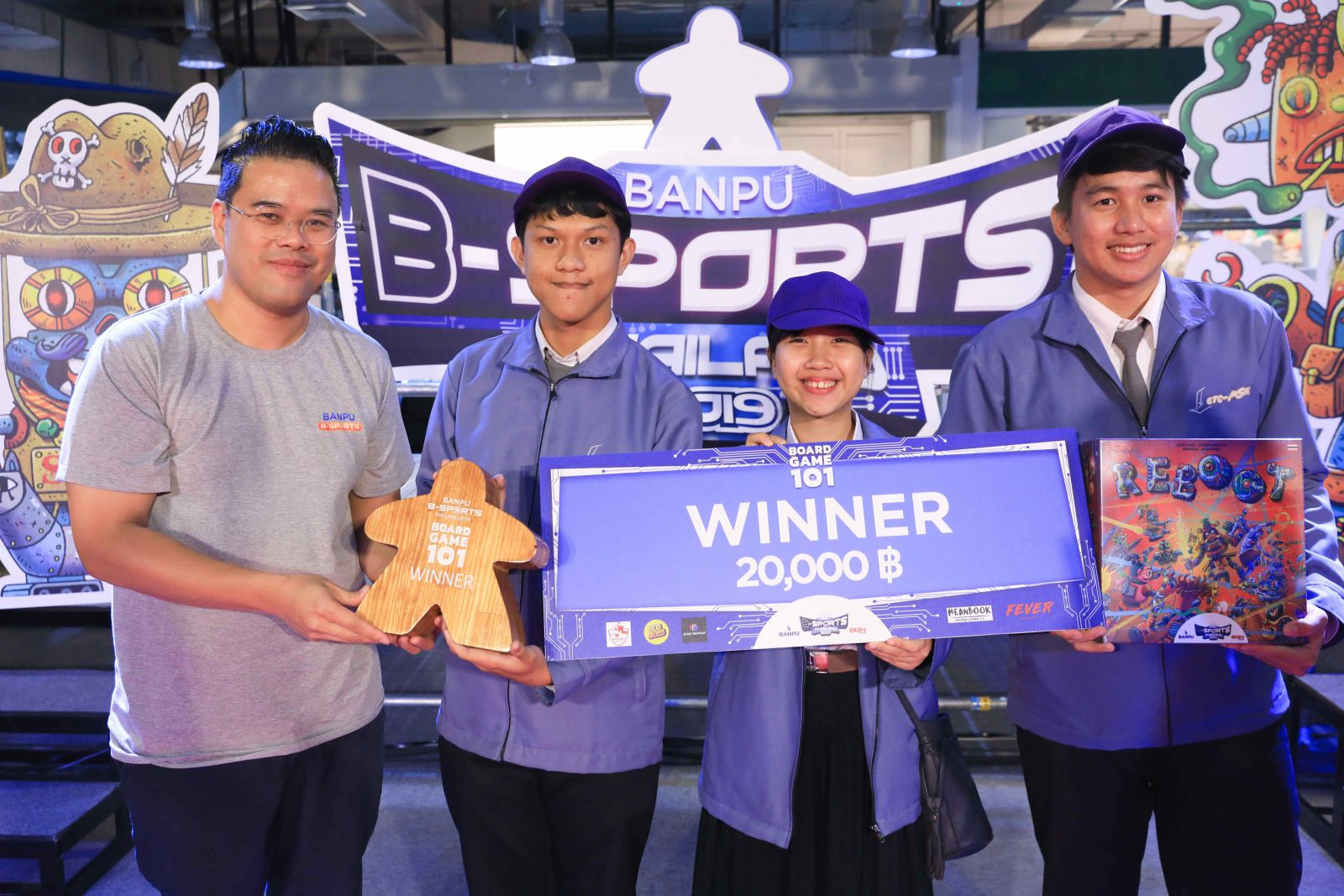 ETC, a student team from Mahasarakham University with their new board game Ice Scream! The team received the highest popular votes and was declared the winner of BOARDGAME101, Thailand’s first board game contest reality show.

BANPU B-Sports Thailand 2019 was the last highlighted event of this year and aimed to emphasize the achievements and goal of the project in spreading the benefits of board games among the Thais, making board games more accessible to a wider group of people and enhancing creativity in Thai society. What will be the fun activities for next year’s BANPU B-Sports Thailand? That’s to be continued! In the meantime, to find out more and stay tuned on activities and news about the project, visit https://www.facebook.com/BanpuBSportsThailand/

About BANPU B-Sports Thailand
Banpu believes that the characteristics of board game players are in line with Banpu’s brand attributes of Passionate, Innovative, and Committed. Today, board games are becoming increasingly popular especially among the new generation. Board games are not only enjoyable but also create benefits for players in a variety of ways while helping to strengthen emotional, social, and intellectual skills. Banpu aims to encourage young people to use board games in a creative way to bring about positive impacts and develop people, society, and country in a sustainable way.