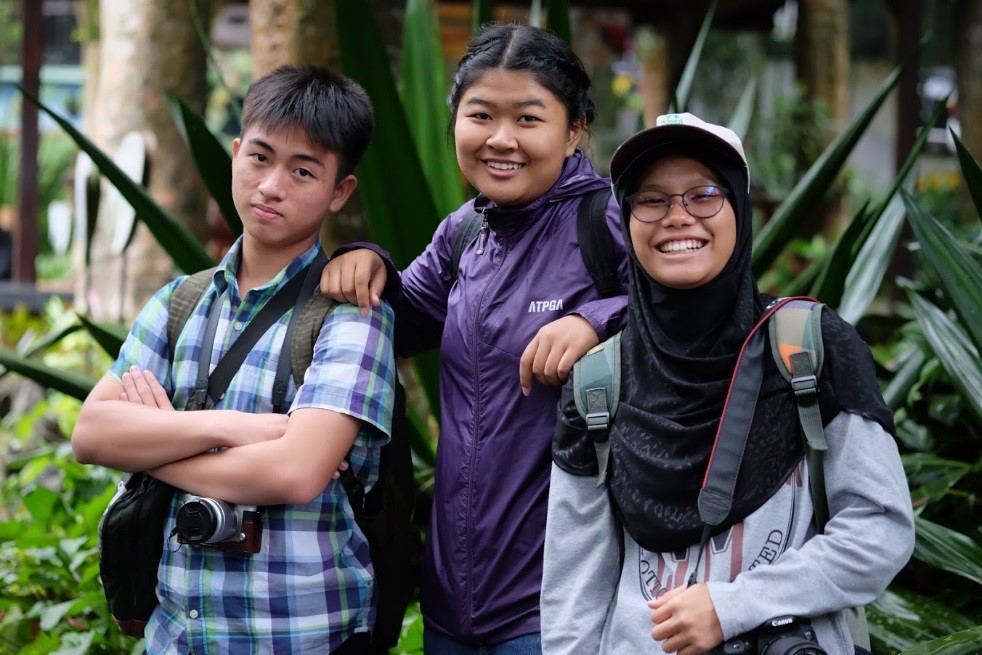 Recently, Banpu Public Company Limited, a pioneering Asian energy company, and the Faculty of Environment and Resource Studies, Mahidol University, took three young participants from the Power Green Camp 11 to Indonesia on an excursion to learn about the environment and natural resources. This excursion focused on approaches to the conservation of rare flora and fauna at Taman Safari Indonesia Bogor, a safari-styled zoo, and the Borneo Orangutan Survival. During the trip, there was a visit to Banpu’s Embalut mine to study mining management process, which emphasizes responsibility to local communities environment and biodiversity conservation and sustainable mine rehabilitation.

Thailand’s Biodiversity Compared with Indonesia’s
Nat: Before joining this trip, I thought Thailand has quite rich natural resources and biodiversity. From my observation, we have different fruits available to eat all year round and lots of animals as well. But when visiting Indonesia, I found that plants and animals in there are far richer than in Thailand. The Indonesians are well aware of the significance of nature, and I could really feel their love and care for nature. They don’t invade the forest so most areas are green with pleasant scenery and fresh air. One can easily find rare and endangered species there.
Pete: Indonesia shares a lot of plant species with Thailand, but the plants there are much larger and richer than in Thailand. Indigenous animals there look different from ours. Some of them cannot be seen in Thailand, such as Komodo dragons, long-nosed monkeys and Tarsier monkeys etc. 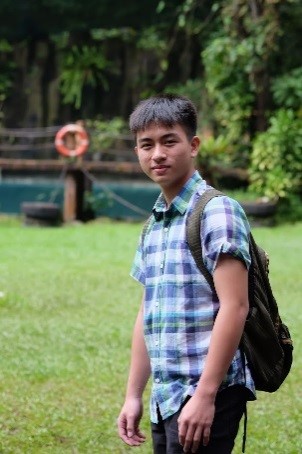 Mew: The Borneo Orangutan Survival is the sanctuary for oranutans and sun bears which were smuggled and trained to perform in a circus or abused by humans. They are rehabilitated by the officers who train them to be able to survive in nature again before sending them back to the wild. The rescued amimals are trained how to build a den, to find food and to avoid human beings who may come to harm them. Besides, I got to see indigenous animals under threat of extinction and more than 2,000 rare species at Taman Safari Bogor, which is a safari-styled zoo. In that open zoo, I saw a lot of animals roaming and finding food freely, such as Siamang gibbons, Sumatra tigers, white Bengal tigers, llamas, camels, lions, and deers. 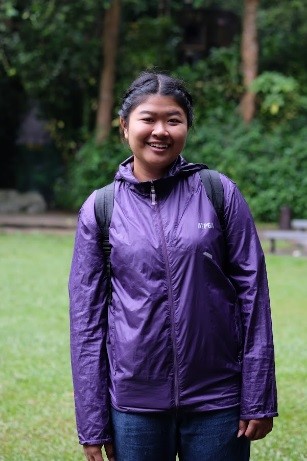 Pete: The conservation approach they use before sending domesticated animals back to the wild  is systematic. Each animal is assessed for its readiness to return to their natural environment. They will implant a GPS chip under the animal’s skin to help monitor whether the animal can survive in the wild. I also found out that cages are not just for detaining animals. To help protect sunbears, an endangered indigenous bear species, at Sunbear Conservation Center, cages are used to prevent them from getting too close to human communities for the safety of both humans and bears until the sunbears are ready to be released into the wild. 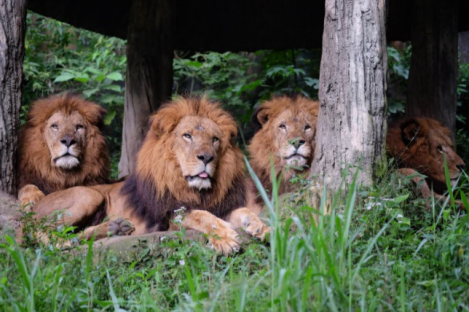 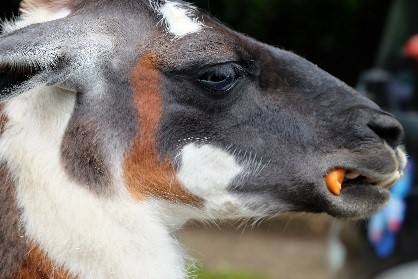 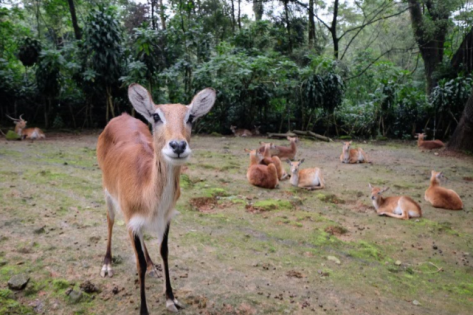 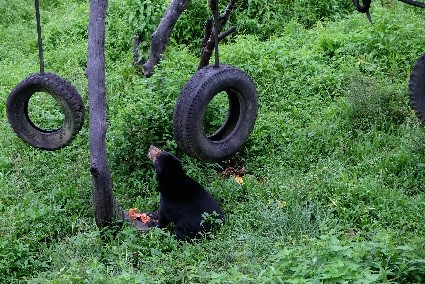 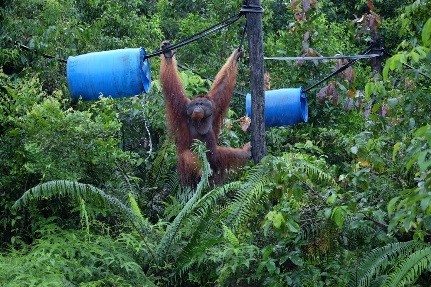 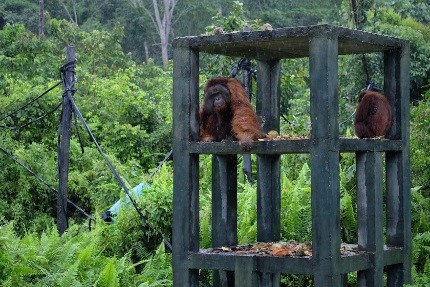 Conservation of rare indigenous animals at the Borneo Orangutan Survival

Biodiversity Management at Embalut Mine
Mew: Although the Embalut Mine has been operating for more than 25 years to supply coal for power generation and as fuels, the environmental rehabilitation in the surrounding communities has always been systematically maintained.
Nat: The allocation of land for agricultural and demonstration farm beds, aka Agriculture Techno Park, has created new knowledge for the communities, for example, turning reservoirs into water sources for farming and fish breeding, which is the source of food and income for the villagers. There is also the workshop training how to extract Camphor or Patchouli oil for sale both domestically and abroad as essential oil for cosmetic and perfume industries. The area became the model area for the government officers in distributing knowledge to the locals in other areas. This is an example of development through support of learning for community members. 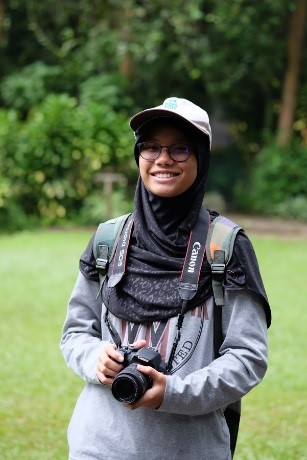 Pete: Here, we learned a new rehabilitation approach, which combines reforestation and the offset of the areas surrounding the mine by turning them into demonstration farms. It really is an interesting approach because it not only benefits the locals but can also be applied to the Thai context. 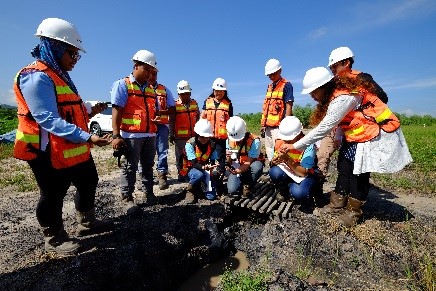 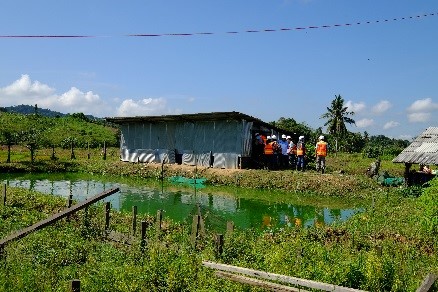 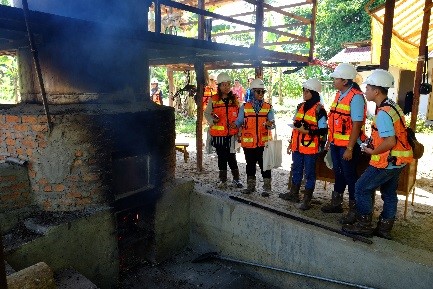 The three young students asked Thai people to become more concerned about biodiversity, especially the improvement of natural resources management. There should be cultivation of environmental awareness among Thais so that they care more to conserve the forests and animals and realize the value of nature. Biodiversity is not only the indicator of a country’s uniqueness but it also reflects how much the environment is important to the population of that particular country. Just begin with learning from available sources about the conservation of forests, reducing global warming or joining the group of environmental leaders by participating in the Power Green Camp to learn the management and solutions to biodiversity problems or other relevant issues. This will help raise awareness and cultivate caring mind for the environment.

Ms. Udomlux Olarn, Head of Corporate Affairs, Banpu Public Company Limited revealed, “Biodiversity is important to us and increasingly linked to human living in aspects of economy, society and the environment. It also directly affects our daily lives. So in this second year, we arranged a biodiversity trip to Indonesia, a country well-known for being a great learning center for rich biodiversity. This is in line with Banpu’s Sustainability Development Policy implemented at every stage of our operational process, starting from process development planning, mining operations and after mine closure. The examples of our environmental conservation projects are Bharinto and Indominco mines as well as community development projects at Embalut mine, under the supervision of PT Indo Tambangraya Megah (ITM), a Banpu’s subsidiary in Indonesia. We would like to extend learning experience for young people and create environmental awareness among them.”

“Banpu believes that learning is the power of change and development, so we support young people in broadening their worldviews and learning new things so that they get to understand what business operations based on sustainable development are like and how the businesses can be operated in tandem with social, environmental and community development. Learning different cultures and natural resources from these not only offers new experiences and inspiration for young people, but also encourages them to critically think and apply their new knowledge to sustainably develop their own communities and natural resources,” Ms. Udomlux concluded.

About This Excursion
As an extended activity of the 11th Power Green Camp, this 5-day excursion’s theme was “Biodiversity Management and Sustainable Conservation of World Heritage”. Three outstanding young students from the camp were selected based on knowledge and understanding of the environment, personality, behaviors, ability to work with others and English communication skills. Candidates had been observed by trainers during the camp in October 2016 and were later interviewed by Banpu executives.

“Learning is the Power of Change and Development”
Banpu believes that “learning” is the significant foundation for “human capital” development, which will drive community and social sustainability. Our CSR activities in all countries thus emphasize the promotion and development of lifelong learning for young people and communities in a number of ways. Banpu supports sustainable development of communities and society through a variety of learning opportunities ranging from hands-on experience, daily life activities, learning in and outside classroom, practice to build potential and life skills, and seeking new knowledge by themselves or with peers.